The new Fight C website https://witnessforthepeace.ca has recently been established by the Vancouver group working tirelessly with First Nations — specifically the Prophet River and Blueberry First Nations — and the Peace Valley Landowners Association in the hopes of bringing the BCNDP/Green Coalition to its senses with regard to stopping the Site C Dam.

The resistance to this dam has been going on for almost 30 years.  Until the BC Liberals pushed forward with work on a new dam slated to flood another 140 km of prime agricultural land the battle was almost won.

The BC NDP, in opposition for many of those years expressed contempt for the Liberal government’s decision to push forward with Site C.  John Horgan, Michelle Mungall and other members of the current government even bought $100 stakes to support the fight to stop Site C.

Yet shortly after forming government the NDP and their partners despite being in a very tenuous position in the BC Legislature and against the advice of hundreds of scientists, economists, and importantly Treaty 8 First Nations and farmers who live and work in the Peace River Valley.

Like many others who live in the Lower Mainland of British Columbia I’ve never been to the Peace River Valley.  I knew nothing of the people who have lived in the area for hundreds if not thousands of years.  People in my own family went to work on the first damming of the Peace River known as the W.A.C. Bennett Dam after the B.C. Premier who promoted the dam.  No consideration was given to the people whose lands were flooded to create the first dam.  Not until 50 years later when in 2017 BC Hydro apologized for the pain and harm brought about by the dam’s construction.  But that did not stop BC Hydro or the newly minted coalition government from proceeding with a new dam, the Site C despite strong arguments that it will destroy farm more than it will create well being.

The witnessforthepeace.ca . website is up-and-running and asking you to take the following pledge:

“I want Canada and BC to honour their Treaty obligations and respect the rights of Indigenous peoples. I will follow the West Moberly and Prophet River First Nation court case to protect the Peace River Valley and speak out whenever the federal and provincial governments dishonour their obligations or disrespect the rights of Indigenous peoples.     We are all Treaty people.”

Check out the facebook pages for the Peace Valley Landowners Association.  They’ve been fighting against the destruction of this land for a long time and could use help in paying off the debts accumulated in their work in preparation for the BC Utilities Commission Report.  This was the report that the NDP promised to take seriously before and during the election, then abandoned when they approved going ahead with Site C.

Watch for the recently published book that gives you the full story of one of the most important river valleys in British Columbia and in Canada.  Breaching the Peace: The Site C Dam and a Valley’s Stand Against Big Hydro (UBCPress, Spring 2018). by Sarah Cox, an award winning journalist.

I also recommend the online publication DeSmog Canada  although the publication name will be changing in the near future.

Muskrat Falls in Newfoundland, Keeyask Dam in Manitoba and Site C  all follow the devastating and destructive path of the James Bay Power project.  The billions of dollars being spent on these massive projects of destruction have done little to promote truly green energy for Canada.  They have all proceeded over the objections of peoples who have lived on this land for thousands of years.

There is much to answer for.

If you are in Vancouver on any given Friday afternoon join the water protectors at the office  BC Attorney General, David Eby.  12 til’ 2 every friday.  Its at 2909 W Broadway, Vancouver. 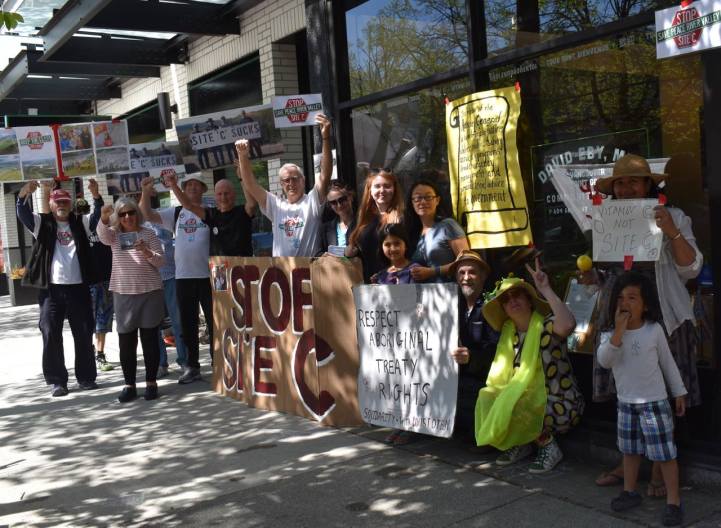 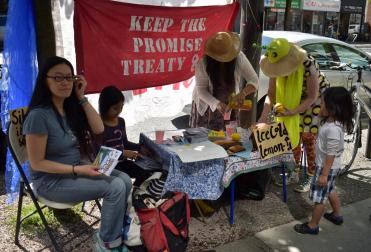