The only cure is to dispense with Steve from the seat of Canadian Government and to begin re-branding our country. It will take a while and it will require one or more governments to do so. However, in the end, Canadians will surely find themselves — once again! 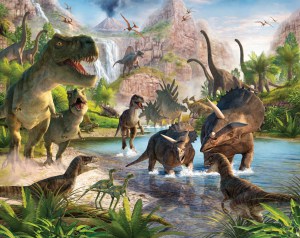 Apparently our PM believes Earth is only 6,000 years old.

The other day, while waiting for the Caucus to convene, I read an article in The New Yorkerby Andy Borowitz, who reported on a new strain of fact-resistant humans. These are people who cannot absorb facts.

As soon as I read the words “fact-resistant humans,” I knew that our own dear leader Stephen Harper had been afflicted with the disease. I wanted to warn him immediately and advise him to see a doctor, but I knew it would be useless.

For example, even though over 800 scientists documented the results of human-caused climate change, Stephen abolished almost the whole body of Canadian legislation protecting our environment…

Community, art, people playing music and dancing together, writing a story, telling the truth are the cornerstones of our survival. In West Quebec, where I spend my summers, its a rewarding experience to swim or kayak in a clean lake. We're hoping and aiming for fewer non-electric motor boats, more kayaks, paddle boards, canoes and row boats. View all posts by allolulu